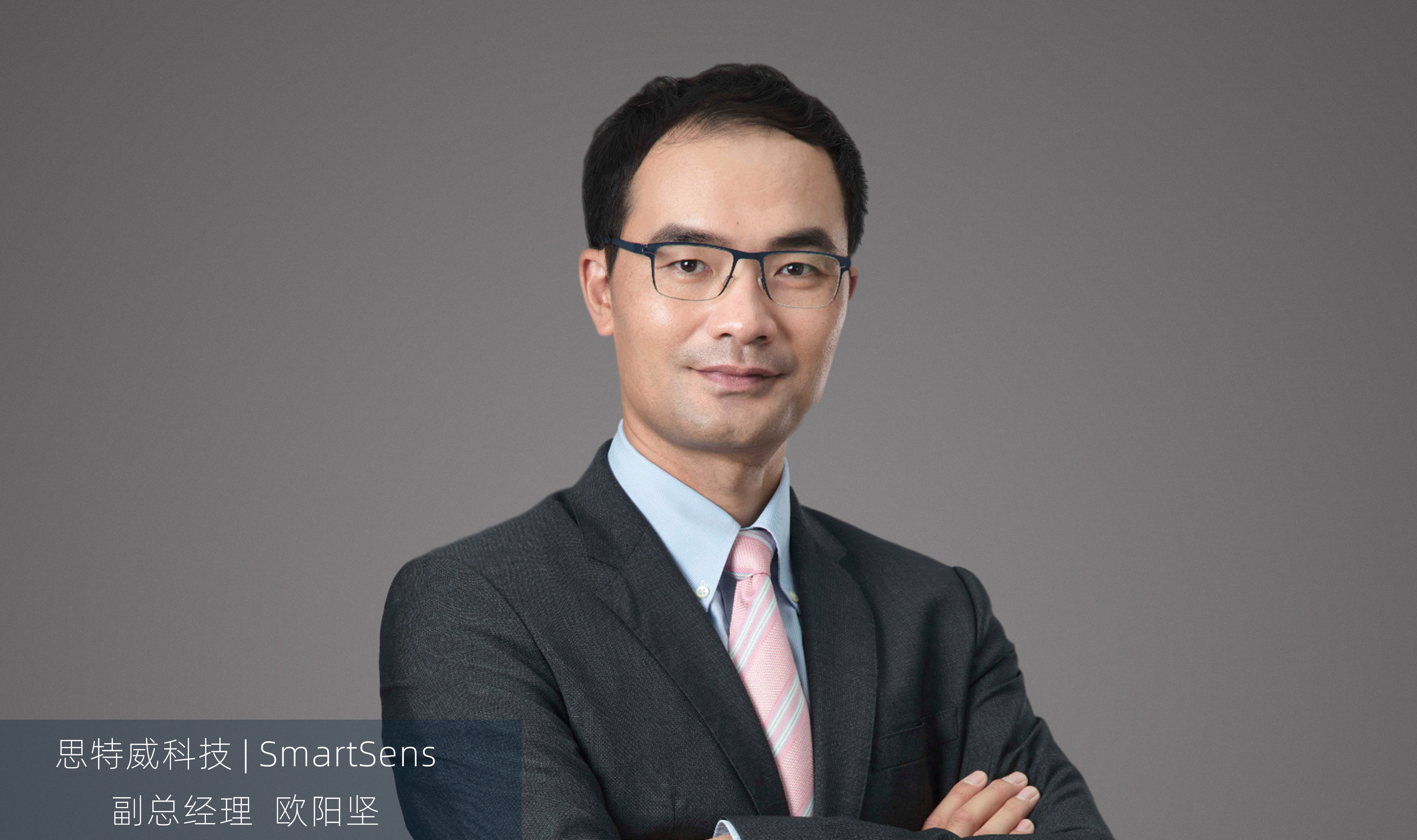 We’re excited to welcome Mr. James Ouyang as the newly appointed Deputy General Manager of SmartSens. His nearly two decades of executive leadership—most recently at Goke Microelectronics, where he served as Vice President and was responsible for overseeing its primary security control chip, and as General Manager of Fujitsu Semiconductor’s Asia-Pacific Sales and Marketing—have given him a visionary industry perspective that will he’ll leverage in developing and executing our strategic resource integration and industrial partnerships.

The recent 2020 China IC Leadership Summit hosted by ASPENCORE is a good example of Mr. Ouyang’s industry expertise. He was invited to speak at the summit on AI in automotive applications and the future of CIS in China. This is a particularly timely discussion for SmartSens, as one of the leaders of automotive sensor technology.

Although the industry has recently tracked lower overall sales growth rates, this trend also creates enormous amount of opportunities, propelled by the increasingly smart new energy vehicles. The future of the automotive industry is moving towards intelligent connection, which will have a significant impact on the automotive semiconductor industry.

According to Yole Développement, the global market for camera modules in the automotive industry will increase from US$3.5B in 2020 to over US$8B by 2025. The growing number of cameras is rapidly driving the volume of the CMOS image sensor market. Take Tesla for example: There are at least four surround view cameras on the body with at least three more being used in ADAS, and there are additional ones inside the cabin to monitor passengers and drivers. Judging from the increasing volume of cameras used in leading vehicles manufactured today, we can expect exponential market growth in the near future.

Autonomous Driving presents both challenges and new opportunities for the CIS industry in China. The current shipments of automotive chips show that the gap between domestic and foreign semiconductor companies remains wide and presents an ongoing challenge for Chinese companies. It is, however, an opportunity for SmartSens.

Autonomous driving, or self-driving vehicles, has been gaining traction with the traditional automotive and technology industries. Autonomous driving can be divided into four to five levels: At levels three, four or higher, the self-driving vehicles require additional visual cameras in order to improve the environmental adaptability within the decision perception system for functional safety and data security, at which point the visual function becomes the core of the entire system. In 2D applications, the current ADAS visualization function system can be serviced by six to eight cameras, including binocular, nom ocular, monochrome and color camera systems, which are used to provide front collision warning, pedestrian alert, and automatic parking, etc. The 3D applications, on the other hand, makes the cockpit functionalities more intelligent, enhancing safety, convenience, and comfort for drivers and passengers.

Why is the image sensor such an important breakthrough in the development of autonomous driving? “Security” has always been the key for autonomous driving. Whether it is data security or functional security, the end-to-end encrypted transmission of data and security monitoring of the environment cannot be separated from the performance and support of image sensors. Equipped with machine vision can effectively eliminate blind spots when the vehicles are in motion, thus reducing the rate of traffic accidents. Therefore, image sensors are the core component of any intelligent driving system both in 2D and 3D applications.

We believe that SmartSens’ strengths in the field of security system can create an advantage in moving into the automotive industry by providing superior night vision imaging performance combined with other in-vehicle electronics technologies such as LED flicker suppression technology, and PixGain HDR technology, just to name a few. In addition, SmartSens recently acquired Shenzhen-based Allchip Microelectronics, positioning us perfectly in research and development for the next-generation automotive sensor technology.

“In the past, the semiconductor business in China relied heavily on overseas technology and research. With the rise of the local semiconductor development and the maturity of domestic CIS technology in recent years, however, we are seeing a seismic shift towards China and Asia,” said Mr. Ouyang. “I’m very pleased to be part of SmartSens, a fast-growing company with a world-class research and development team, and excellent market performance. My role moving forward is to optimize industry resource integration and ecosystem partnership—both of which will provide valuable assets to SmartSens’ strategic planning and execution to better serve our customers as we elevate China’s semiconductor position globally.”