LED has gradually replaced traditional lighting options in various automotive applications – such as traffic lights, car headlamps and turn signals – by virtue of its high performance, exceptional stability, long life span and other advantages. However, since LED drivers often utilize Pulse Width Modulation (PWM) signals, LED lights actually “flicker” at frequencies imperceptible to the unaided eye. For CMOS image sensors that have even faster shutter speeds, mismatch between exposure time and LED pulse could lead to sensors picking up inaccurate visual signals. For automotive applications that prioritize safety, this is simply unacceptable.

With autonomous vehicles globally attaining L4 and L5 capabilities, cars increasingly rely on CMOS image sensors making accurate readings to correctly assess road conditions, a necessary prerequisite for AI systems to compute optimal next steps. This means that automotive CMOS image sensors must adapt to modern traffic signal systems by being able to distinguish between the on and off states of LEDs.

While various CMOS manufacturers have introduced their own solutions to this issue, SmartSens has opted for a more distinct approach, innovatively using its proprietary QCell™ technology to effectively mitigate LED flickering. Beyond simply solving the LED flicker issue, this solution has the added benefit of increasing a sensor’s sensitivity and dynamic range, making it ideal for dim or fluctuating lighting situations, such as the openings of carports and tunnels. 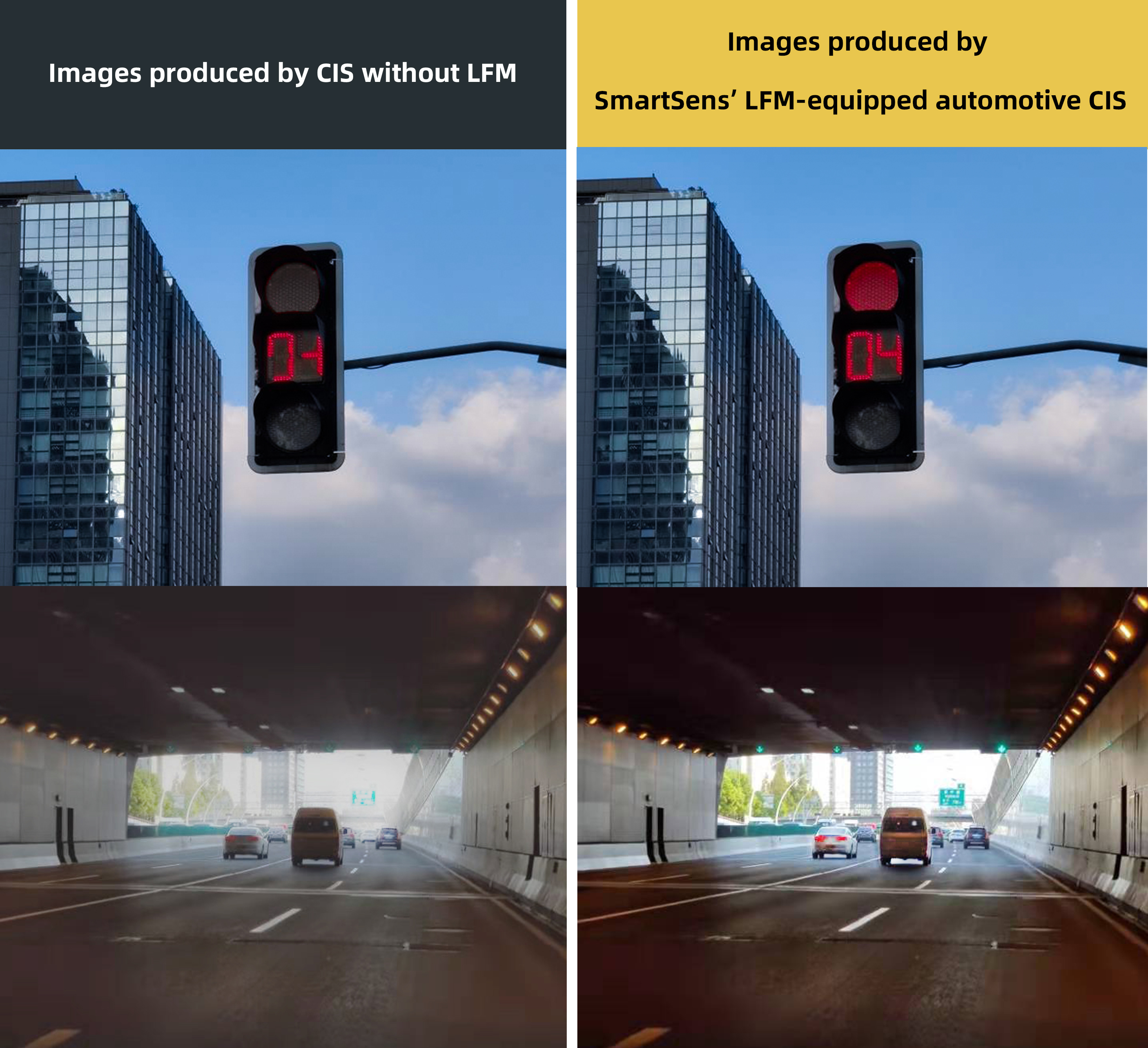 “LED Flicker Suppression is a feature that all automotive CMOS sensors should possess, but is in fact not so easy to achieve,” remarked SmartSens CMO Ms. Chris Yiu. “In the future, CMOS sensors that SmartSens produces for the automotive electronics market will all come equipped with LFS technology, upgrading our clients’ systems to be much more adaptable – and safer.”

SmartSens’ new LED Flicker Suppression technology has already garnered the interest of multiple suppliers of automotive electronic systems. Mr. Yuan Peng Zhang, CEO of Bovo Technology Group in Jiangsu province, expressed his enthusiasm for LFS technology. “As a supplier of automotive parts and systems, Bovo has always paid close attention to the development of CMOS image sensors (CIS). We look forward to the LFS-equipped CMOS sensors that SmartSens will be releasing, and we believe that these sensors are instrumental in making vehicles, especially autonomous ones, safer and smarter than ever before.”